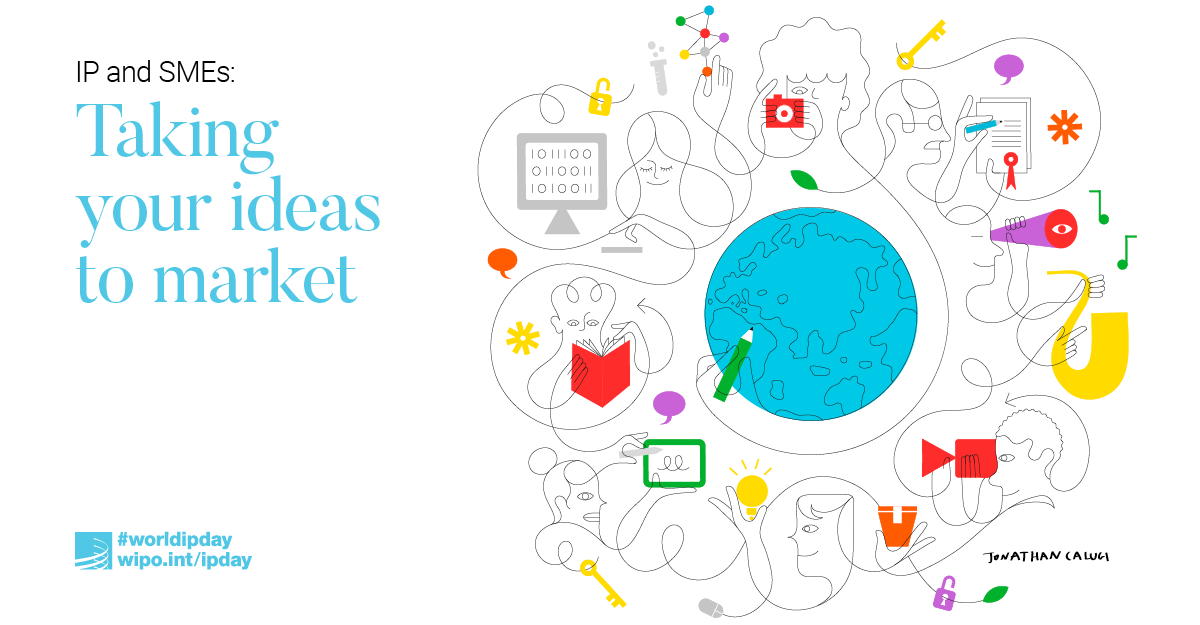 The theme of today’s World IP Day is ‘Taking Your Ideas To Market’ and how intellectual property can help build a stronger business. In this article we focus on the role a registered trademark can play to secure the name-awareness of one’s business. The conflict about the name ‘Vooruit’ between the arts centre in Ghent and the Flemish labour party can function as a cautionary tale for those entrepreneurs who doubt the importance of registered intellectual property rights.

The arts centre ‘Vooruit’, a non-profit, was established in 1982 and is located in Ghent within the historic building carrying the same name. The building, with concert halls and a café, was constructed in the 1910s and originally used by the Ghent-based labour movement. When the non-profit bought the historic complex it vowed to be politically independent.

In September 2020 the Flemish labour party announced that they were changing their name from ‘sp.a’ to ‘Vooruit’. The arts centre was not amused, fearing that the public would be confused or would think that the two were linked.

The arts centre considered legal action, but ultimately decided to change name and involved the public to help choose between ‘Pallas’ and ‘Volxus’. Even though more than 18.000 people voted, the arts centre announced that it would continue its search for a new name because of the many negative reactions to its ‘rebranding’.

Many people were wondering why the arts centre, which has been known as ‘Vooruit’ for almost 40 years, was changing its name instead of forcing the political party to change course.

The political party didn’t demand that the arts centre rebrand. It was the latter that felt the two couldn’t co-exist and decided against the uncertain outcome of legal action. Still, one cannot help but feel that the rebranding was partly forced upon the arts centre due to its failure to seek a stronger protection.

The arts centre never protected its name as a trademark. There are other Belgian SME’s, non-profits etc. that are equally unprotected. They reckon that they don’t need to register a trademark ‘because they have their trade name’ which enjoys protection within the region and sphere of activities where this trade name is known and used. But a trade name is a name a company uses to engage in trade and serves to distinguish the company as such.

If a business is using a name to identify its goods and services it needs to register it with the trademark office for those products and services that are offered under the name. In Belgium there is no protection for ‘non-registered trademarks’. The arts centre was using the name ‘Vooruit’ not only to distinguish its organisation but also to distinguish its services, including: organizing events, exhibits, concerts, offering drinks and meals in its café, and entering into the public debate on social issues. By not registering the trademark it neglected to protect a key asset.

Since there never was a trademark registration in the name of the arts centre we can only speculate on how the conflict might have evolved, but it’s clear that the centre would have been in a stronger position. A registered trademark gives its owner an exclusive right to use it for the goods and services for which it is registered. The owner has the right to prohibit others from using the same or a similar name for the same or similar goods and services when this can lead to confusion amongst the public.

However, even with a registered trademark the outcome would not have been certain and would have depended on the goods and services designated in its trademark registration. Assuming that the arts centre would have only registered its trademark for the bare minimum of organising cultural events, it would still have had to prove a.o. that the use of the name ‘Vooruit’ for political services would have created confusion with its activities. This is debateable, but not impossible given the specific circumstances of the case, such as the historic ties between the building and the labour movement in Ghent, and perhaps even the reputation of the ‘Vooruit’ trademark for organisation of events and concerts.

Other grounds for legal action

The arts centre could not oppose the EU trademark application based on an earlier trademark right and thus needed to look for other means of action.

A possibility could have been to base an opposition on its trade name use since EU-law does foresee in the option to invoke a name ‘used in the course of trade of more than mere local significance’ when by national law that sign confers on its owner the right to prohibit the use of a later trademark. The trademark application of the political party is currently being opposed on this ground by the president of another political movement ‘Tienen Vooruit!’.

Another option could have been to claim that the political party acted in bad faith. This ground can only be invoked once the trademark is registered. Bad faith can be defined as ‘a conduct which departs from accepted principles of ethical behaviour or honest commercial and business practices’. Important factors to indicate that there is bad faith are the fact that the names are identical, that the owner of the trademark had knowledge of the earlier use of this name for the same or similar goods and services and that there was dishonest intention on the part of the trademark owner, e.g. if the owner wanted to free-ride on the reputation of an earlier name.

This does not mean that it’s clear sailing for the political party: it still has to deal with the opposition against its application by the other political movement from Tienen.